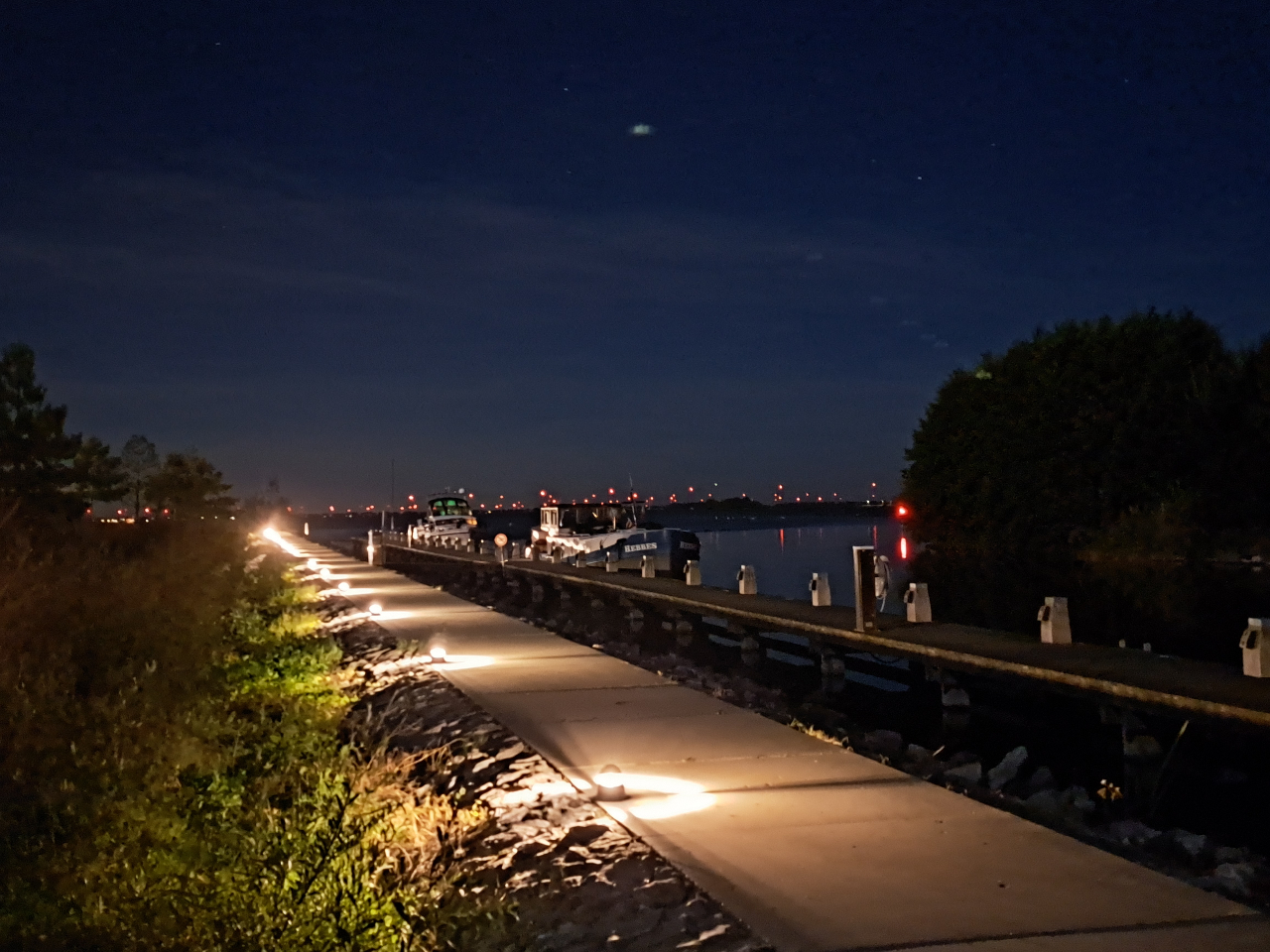 Before we left Harderwijk permanently - for this summer season, that is - we took this atmospheric photo on the evening before departure. As you can see, we were close to the entrance/exit with the Wolderwijd in the background. 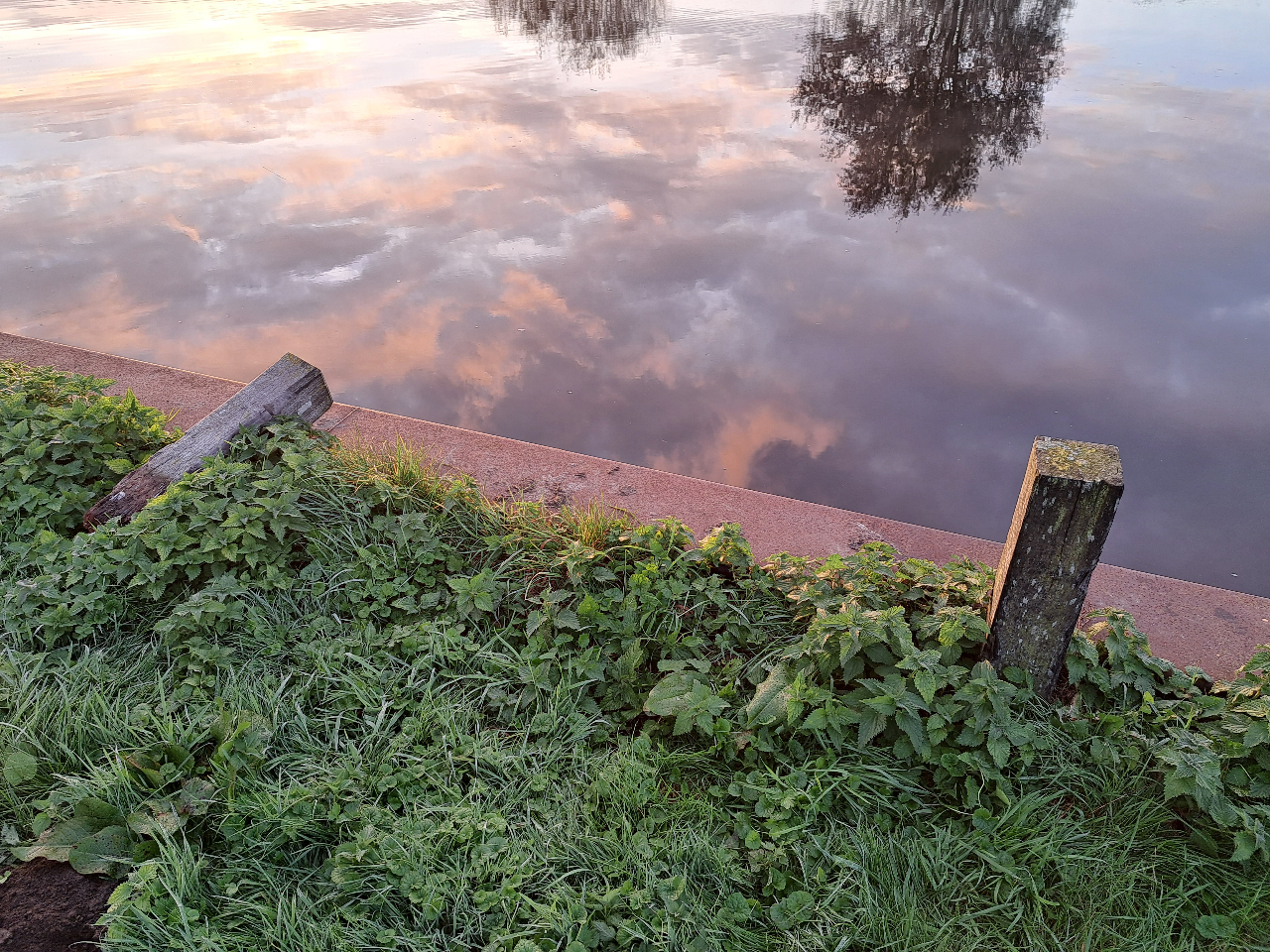 The next morning, on Tuesday, October 11, while we were still in bed, we were startled at 7:30AM by a freighter passing at full speed. We were literally shaken awake and heard a loud bang. When we looked outside (still in nightclothes) we found that the rear of our ship had come loose and drifted towards the middle of the river. Fortunately, the front remained attached to the relevant post and the rear slowly drifted back to the bank. After we assessed the 'damage', the pole to which we had attached the stern of our ship turned out to be broken(!). See the picture. It is conceivable that the pole in question was rotten. That does not alter the fact that the skipper of the passing boat misbehaved greatly...

In Plantsoen Oost we noticed this fantasy, called 'ATMosphere'. The makers/inventors are Antal Bos, Marisja Smit and Thijs Trompert. The first letter of their first names is incorporated in the name of this fantasy in brick. Thijs is the first son of one of the co-wintering people; Marisja Smit is his girlfriend/partner. Antal Bos (M) is the third member of the ATM ATMosphere and of course just as important as the other two. An artillery (?) tower from the former city defenses is used as a base. The brick type is Alems Rood HV WF. (In case you want to know.)

Engine ran this season over 130 hours. (We remember 400 hours from our narrowboat-era.)

Both engine and generator will have their well deserved new oil and filters before we leave for next season.

Weather: What can you say? We’re in The Netherlands – that country, next to the sea, has a temperate maritime climate. We’re more than happy with it.

Hope to see you all again next SEASON!